Skip to content
Home > Laravel > Why Laravel Is The Best PHP Framework In 2018?

Why Laravel Is The Best PHP Framework In 2018?

Choosing a right PHP development framework to develop a web application for the business can be a very difficult task because there are so many options available.

Currently, Laravel has 38132 stars on Github. Here is the given below picture to show how many websites are created using Laravel currently. 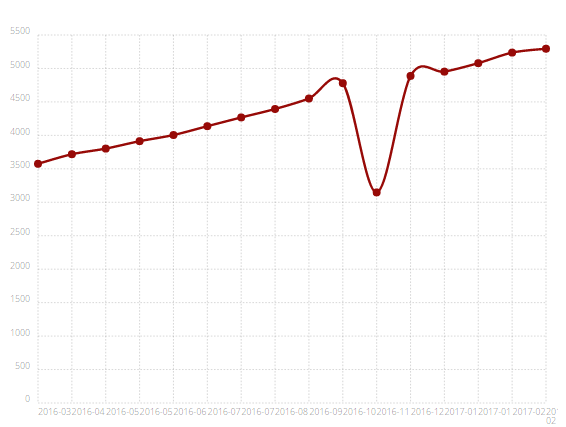 Therefore, you now know that why Laravel is used by many industries worldwide. Now, let’s see the what are the major technical advantages which make Laravel the best out of all.

Reasons why Laravel is the best PHP framework:

One of the top reasons which make Laravel the best PHP framework is it has Object Oriented libraries and many other pre-installed ones, which are not found in any other popular PHP frameworks. One of the pre-installed libraries is the Authentication library. Although it is easy to implement, it has many advanced features, such as checking active users, Bcrypt hashing,  password reset, CSRF (Cross-site Request Forgery) protection, and encryption. PHP framework:

Laravel offers a build in tool named as Artisan. A developer has to usually interact with the Laravel framework using a command line that creates and handles the Laravel project environment. Laravel provides a built-in tool for command-line called Artisan. This tool allows us to perform the majority of those repetitive and tedious programming tasks that most of the developers avoid performing manually.

Another reason which makes Laravel the best PHP framework is it supports MVC Architecture like Symfony, ensuring clarity between logic and presentation. MVC  helps in improving the performance, allows better documentation, and has multiple built-in functionalities. Here’s how the MVC works for Laravel. 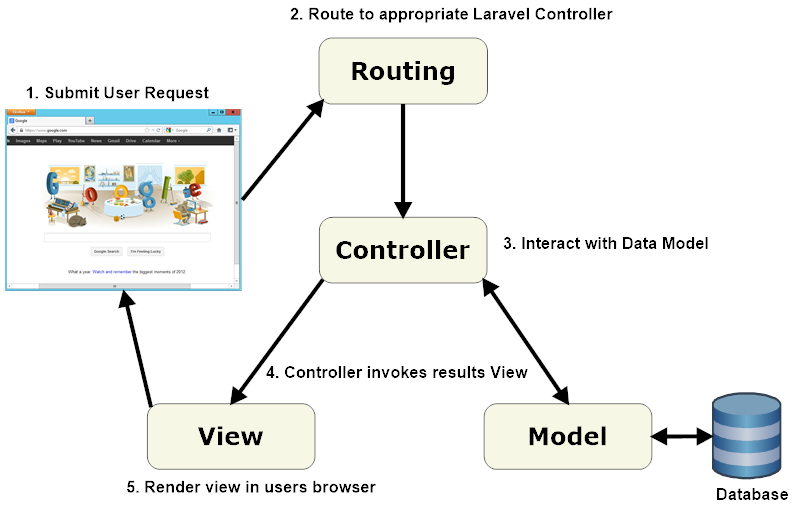 While developing an application everyone has to use some or the other ways too make the application secure. Laravel takes care of the security within its framework. It uses salted and hashed password, which means that the password would never save as the plain text in database. It uses Bcrypt hashing algorithm for generating an encrypted representation of a password. Laravel uses prepared SQL statements which make injection attacks unimaginable. Along with this, Laravel provides a simple way to escape user input to avoid user injection of <script> tag. Here are the security features that Laravel offers:

One pain point for developers is to keep database in sync between development machines. With Laravel database migrations, it is extremely easy. After the long work hours, you may have made a lot of changes to the database and, in our option, MySQL Workbench is not a great way to sync databases between my development machines. Enter Migrations. As long as you keep all of the database work in migrations and seeds, you can easily migrate the changes into any other development machine you have. This is yet another reason which makes Laravel the best PHP framework. 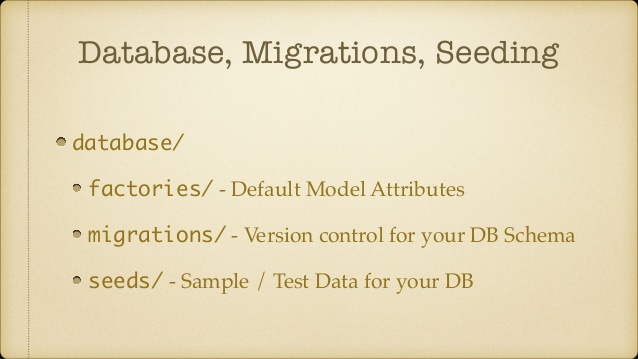 You or your developers need to learn more in order to deliver more. Unlike others (Codeigniter, Yii, CakePHP etc.) Laravel offers Laracasts which features a mix of free and paid video tutorials that show you how to use Laravel. The videos are all made by Jeffery Way, an expert and experienced instructor. He seems to have his finger on the pulse of the essentials and offers clear and concise instructions. The production quality is high, and the lessons are well-thought out and meaningful.

The Blade templating engine of Laravel is very intuitive and helps to work with the typical PHP/HTML spaghetti so much better, that’s it one of the best features of the framework. If you ever have had to chop up an if statement with HTML inside of it, you know exactly what I mean. But with blade, it’s almost effortless. Here’s how it goes: 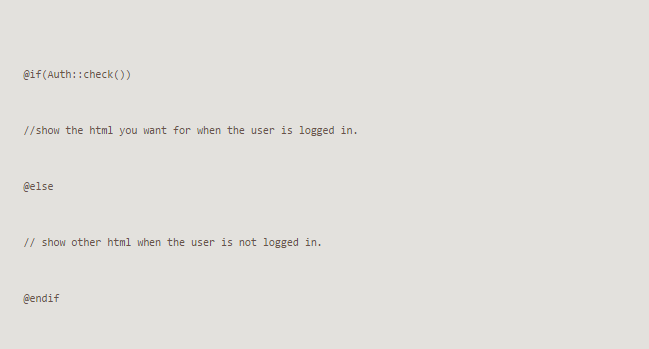 Responsable Interface is a new feature added in the Laravel with the release of Laravel 5.5 in August 2017. It is a class which is used to implement the interface which can be returned by using controller method. After that, the router is going to check for the instance of Responsable when preparing the response from “Illuminate\Routing\Router”. In the image below we will show an example of non-implementation of Responsable interface:

The image below will show the code for what a class looks like after implementing Responsable Interface:

In the above example, users can respond with JSON automatically if the request has been made through AJAX by default, it would redirect to the route “Songs.show”.

Previously in the earlier versions of Laravel, it was not easy to install packages. However, in Laravel 5.5 a new feature called Automatic Package Discovery detects the packages automatically which users want to install. Meaning that now users don’t have to setup any aliases or providers from installing new packages in Laravel. Also, Laravel 5.5 allows developers to disable this feature for specific packages.